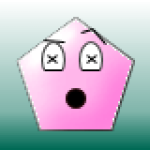 Suffered since I was a child but was never diagnosed until 2012. It took me to almost die from UC before ‘specialists’ believed that something was wrong. Had a proctocolectomy with end ileostomy in 2017. At that point I was at a high risk of liver cancer, colon cancer, bowel obstruction and bowel perforation. I tried biologics for 4yrs. None of them worked. My body was so full of inflammation at this point that I lost 80lbs of weight after my surgery. I kept telling my doctors that ‘this wasn’t me’. I’ve never been a big eater, fast food or greasy foods. But because my ‘inflammation markers’ were fine they (most of them) didn’t believe me. So now....2yrs after the surgery that was suppose to give me my life back I am not back to work and considered ‘disabled’. Hard pill to swallow for a very self sufficient woman who raised 2 beautiful girls on her own, worked full time, bought a house on my own and looked after sick parents. Anyways....now I await testing on Tuesday (July 16th) to find what’s going on now as I haven’t been able to eat solid food since the 1st part of June and have lost approx 25lbs. Crohns is suspected. Hard not to be depressed.

No online members at the moment

VeganOstomy is a participant in the Amazon Services LLC Associates Program, an affiliate advertising program designed to provide a means for this site to earn advertising fees by advertising and linking to Amazon.com, Amazon.ca, and Amazon.co.uk. While certain articles on this site may contain affiliate links, I do not accept paid reviews, sponsored posts, or paid advertisements on the site.
Scroll back to top